If you love veteran Nigerian actor, comedian and movie producer Chinwetalu Agu, please gather here. I have some gist to share with you about this great man. 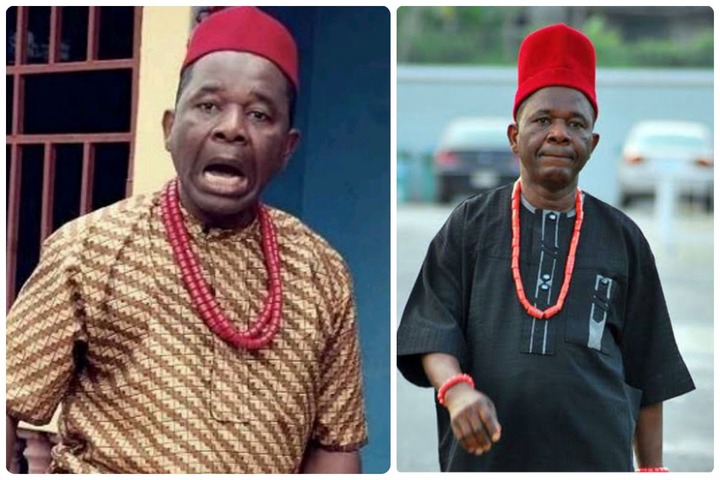 Can you imagine Nollywood without Chinwetalu Agu?

He is the only Nigerian actor that always spices up his movie roles with hilarious slangs created by him to throw fans off balance with laughter. Example is “Parish Priest ewelu ego bazaar mee MMM”.

Chinwetalu Agu is known for his wicked roles in movies, but this man has a heart of gold. He has been acting non stop since 1981 and has won over 50 awards in his 38 years of being in the movie industry. 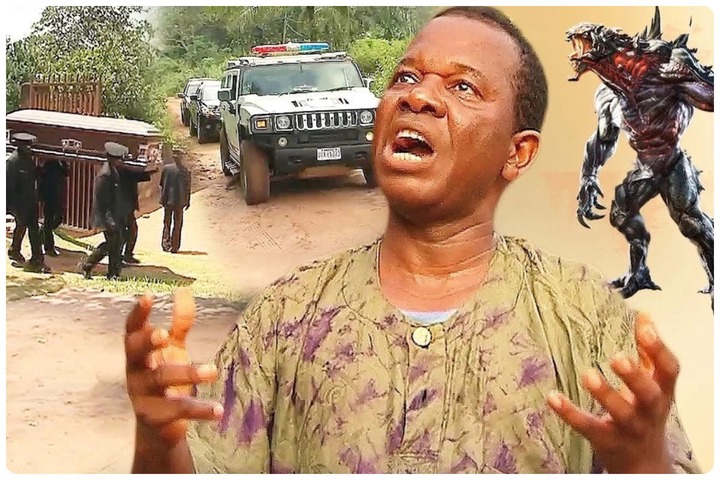 Many Nigerians are interested in Chinwetalu Agu’s personal life – they want to know abou his wife and children but it is a real secret for everybody! And today I will tell you why.

Actor Chinwetalu Agu is happily married to his wife Nkechi Agu and together, they have 5 children – 3 sons and 2 daughters.

See a picture of Chinwetalu & his wife, Nkechi. 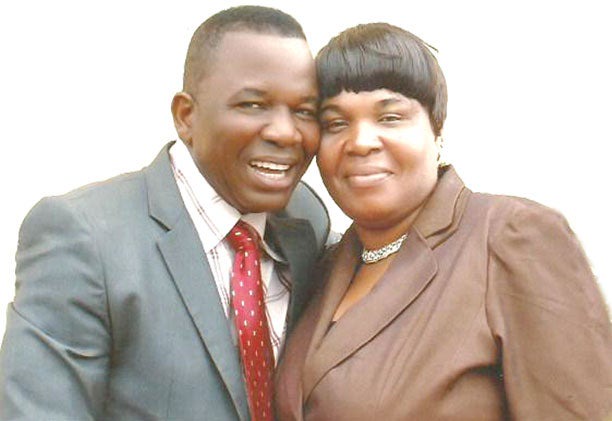 Before Chinwetalu got married to his wife, Nkechi, the comedian said in an interview that he faced a lot of challenges but he is grateful to God for giving him the woman of his dreams..

Chinwetalu said in an interview with Vanguard:

“I met my wife, Nkechi in Lagos. She hails from Mbaise, Imo State.

My kinsman; Jeffrey Agu, a former police officer, then saw my wife in one of the Pentecostal churches in Olodi, Apapa, where he had gone to worship.

When he returned home, because he was living with me at that time, he told me that he had seen a wife for me. This was after I had rejected many women. 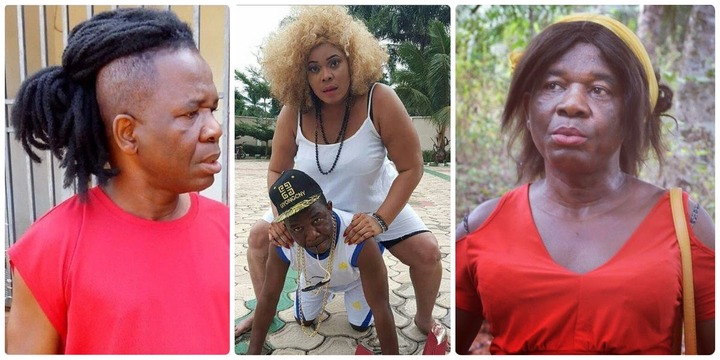 I remember how each time I went to a man of God with names of women to ascertain if anyone of them would be my wife, the answer had not always been favourable. But when I met my wife, I immediately fell in love with her.

I brought her to my house in Idumota and, within one month, I got her pregnant.

She was afraid that I would behave like some of the young men who would deny whenever they impregnate women. But the reverse was the case. When she told me that she was pregnant for me, I cuddled her, kissed her and put her on my laps.

I said to her, ‘So from you I would become a father. I would celebrate you.’ That was it. Today, God has blessed us with five children, three boys and two girls. My children too are very brilliant kids. So, I’m grateful to God.

There was nothing like courtship because I married late. I had no time for courtship. 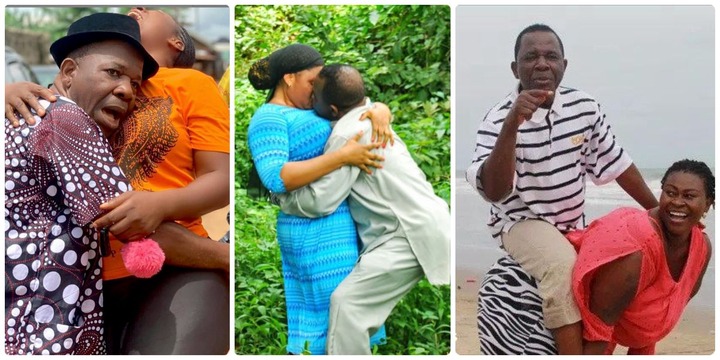 I married late because I was busy taking my sick father around, looking for cure to his eye problem.

I had travelled home to find my father blind. It took me one year to use orthodoxy means to find solution to his ailment.

For six months, I booked him for prayer all to no avail. At a point, my age mates at home and abroad were advising me each time they returned home to leave my father to his fate.

I was the only child out of his eight children that was taking care of him.

There was a woman my father wanted me to marry.

She was the Chief Protocol Officer at the old Anambra State. But because she was older than me, I told my father that there was no way I would marry a woman who was older and richer than me.

It would mean enslaving myself forever. But my father insisted, believing that she would be of great help to me.

Reluctantly, I visited the woman one day. And while I was in her house, there was power interruption, and she asked a young man who was taller than me to go and change the power source to generator.

The young man happened to be a son she had out of wedlock. However, after I made my intention known to her, she promised to think about. While leaving her house, I made up my mind that I would never to go there again.

Today, God has compensated me and I am a father of five children. 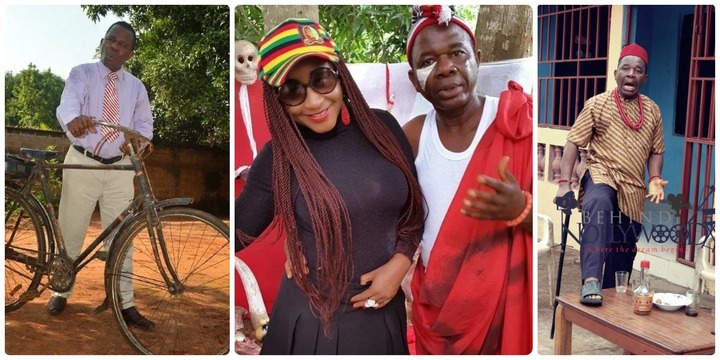 My wife enjoys watching my comedy roles in movies more than anybody else across the world. She would laugh uncontrollably as if she has won a raffle draw. And she has vowed that in her next world, she will marry me.”

Back in 2017, Nollywood actor Elvis Chibuikem was mistaken by a lot of people to be Chinwetalu Agu’s son. 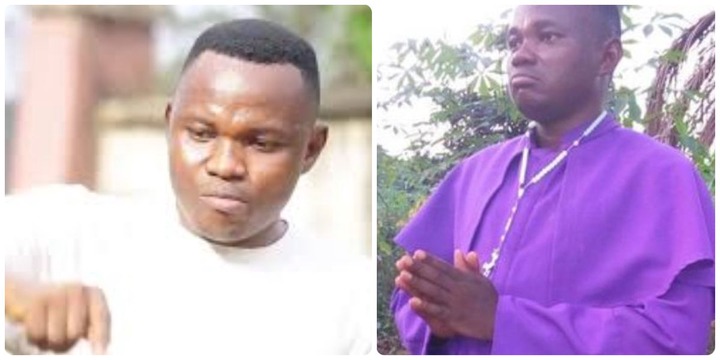 The truth however is that Elvis is not related to Chinwetalu.

Elvis Chibuikem is originally from Rivers state, Southern part of Nigeria. and in 2018. his own father, late Sir Gregory Chibuikem Echeozor (Mpa Timoooo) died at the age of 77 years.

If you know Chiwetalu Agu, drop one of his exclamations in the comment section below so we can have a good laugh.