If all you know about Nollywood actor Kanayo O Kanayo are his famous juju scenes in Nigerian movies😁, well I’ve got pictures and gist about this man that will blow your mind.

Did you know the erudite professor’s real name is not Kanayo O Kanayo? 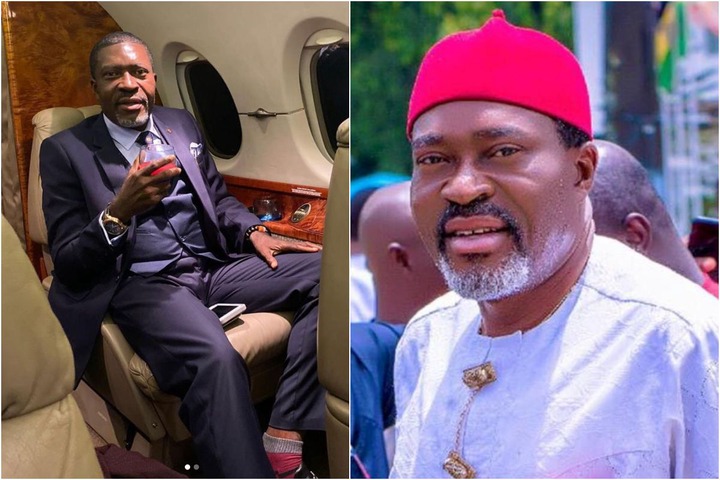 His real name is Anayo Modestus Onyekwere and he is one blessed man happily married to his beautiful wife Nneka Onyekwere. And together they have four gorgeous kids who are grown.

The one and only Professor Johnbull Eriweagwuagwu Macnigwe was born to Mr. and Mrs. Donatus and Isabella Onyekwere of Nru Umueze, Oboama Ezinihitte Mbaise in Imo State.

But he was brought up by his elder brother, John Onyekwere in Enugu. 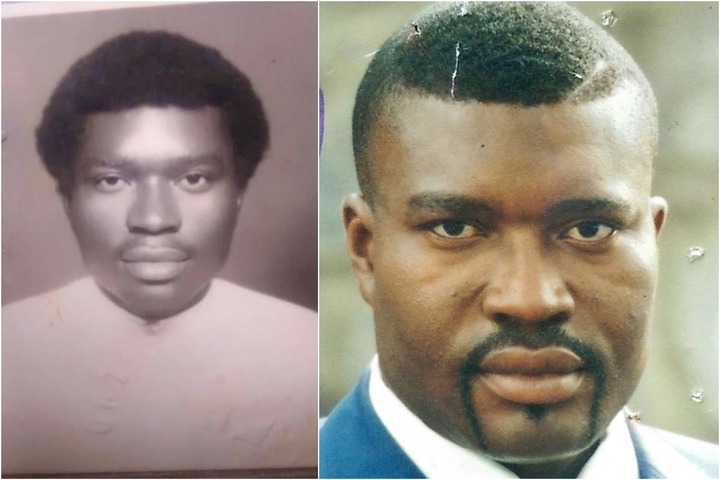 The actor revealed that his parents were Christians and as a result, his upbringing was very strict in discipline.

After which he completed his secondary education at Technical College Aba, Abia State, Nigeria.

For his tertiary education, KOK schooled in University of Lagos. 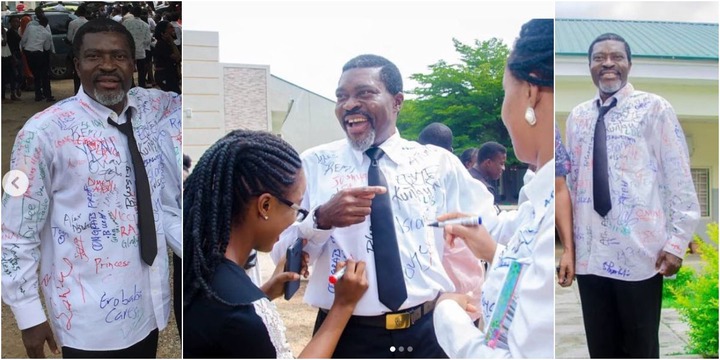 The veteran actor holds a Bachelor of Science Degree in Philosophy and a Master’s Degree in Political Science, both from the University of Lagos.

June 2019, Kanayo made himself, his loved ones and his fans very proud when he graduated from the University of Abuja with a degree in Law at the age of 57! 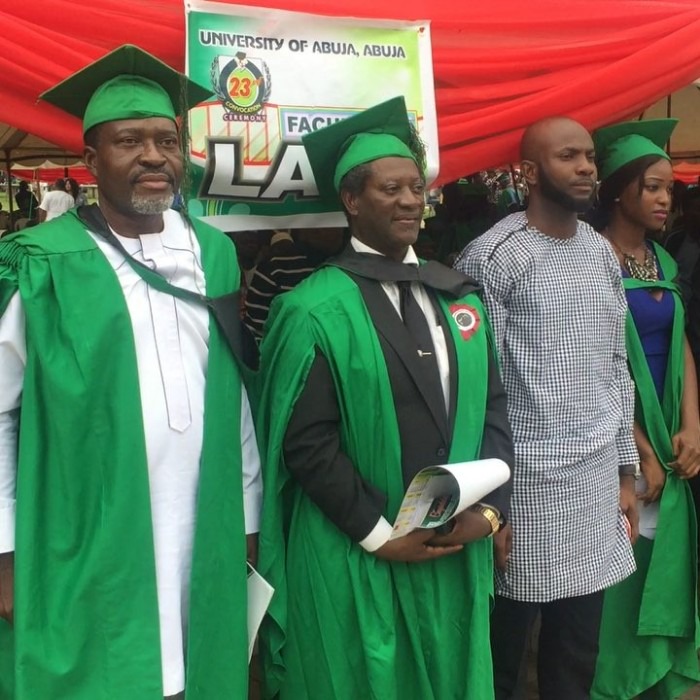 For KOK, it was one of his biggest dreams come true.

As a teenager, KOK’s fondest dream was to become a lawyer. In fact, he was inspired by Barrister B.S.C. Ezenwa, Mbaise’s first lawyer and the famous father of Justice Mary Odili of the Supreme Court. But due to lack of money, his dream of becoming a lawyer had to be aborted.

HOW KANAYO O KANAYO GOT INTO ACTING:

Prior to acting, Kanayo used to buy and sew shirts and suit materials which he sold to bank and office workers.

Then when he got into acting, he became popularly known as the man that will scare you in movies with his wicked personalities.

He was always stealing people’s destinies and using them for rituals😁. 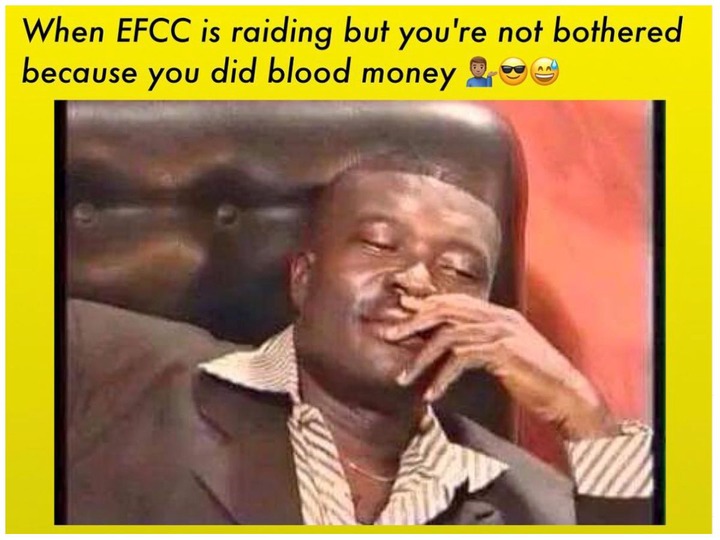 KOK is a fantastic performer when it comes to playing the part of a ritual character. When producers need someone to act the role of a man into rituals, Kanayo O Kanayo definitely tops the list.

He acts the role so well that whenever he’s featured in any Nollywood movie, you can easily tell the storyline. He is usually wealthy in most movies and the main source of his money is blood money, which is ritual money. 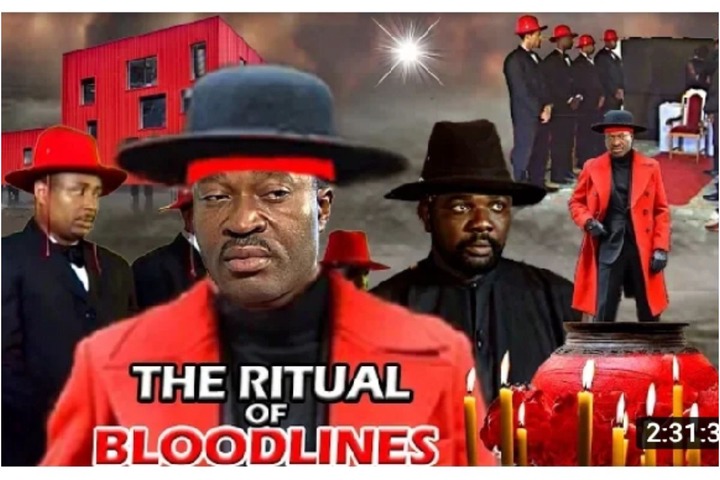 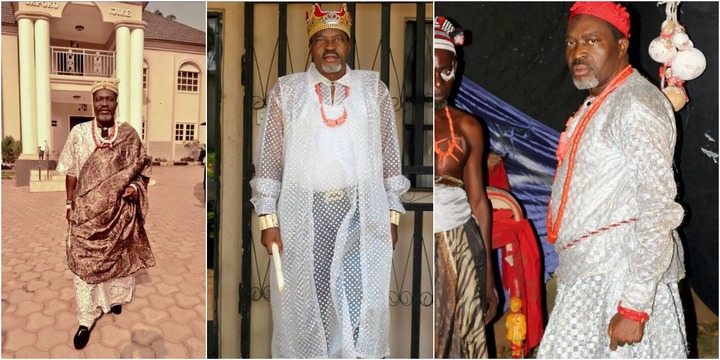 In Nollywood, KOK was always the leader of occult groups, armed robbers, drug peddlers and he’s very good at what he does.

Talking about his acting career in an interview, KOK said:

“I started acting in 1982. I got into acting out of a personal desire to bring smiles to the faces of people, because about 1980, there were not too many T.V sets then, characters on TV were admired greatly, and were seen as role models. 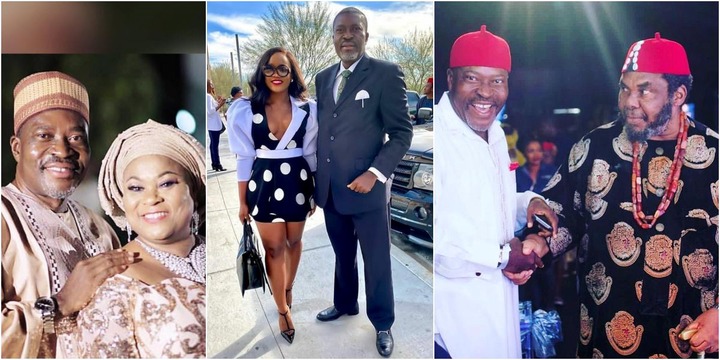 After he graduated from the University of Lagos, KOK played as a guest star in the popular Nigeria TV-show “New Masquerade.” After that, he started attending a lot of film auditions.

His biggest breakthrough came in his debut movie “Living in Bondage,” where he played the part of Chief Omego. Living in Bondage was released in 1992 and Kanayo starred alongside Kenneth Okonkwo. 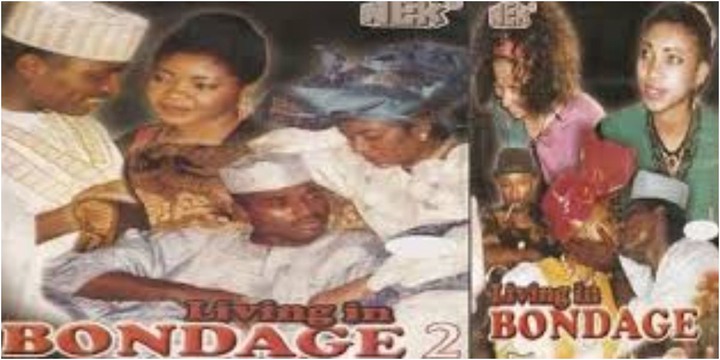 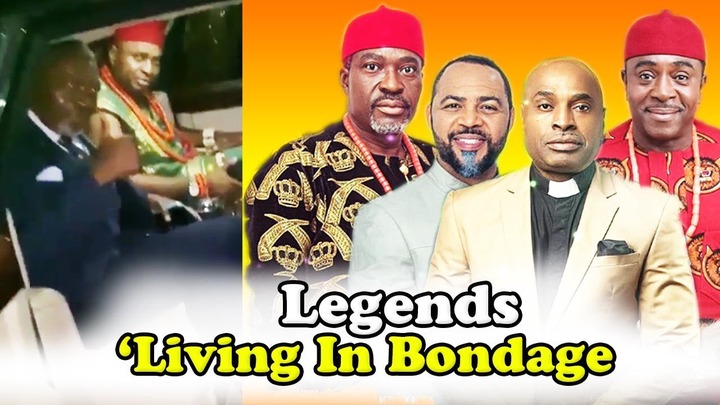 KOK was paid only 1,500 Naira for his part in the movie. Kenneth Okonkwo was the only actor who got paid N2000 for his leading role status in the movie.

However, this role brought KOK enormous fame and success.

Today, Kenneth & Kanayo at least command 2 to 3 million Naira per movie and I didn’t even add the logistics and sometimes back end bonuses if the movie they are in happen to do well at the box office.

27 years after Living in Bondage, KOK is still making boss moves. He is the famous Globacom’s Erudite Professor Johnbull. 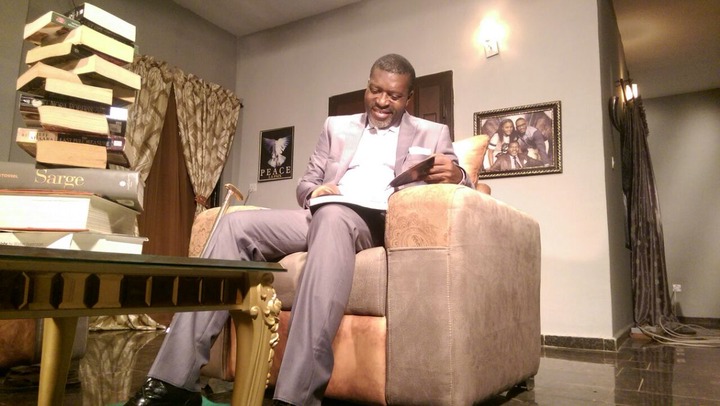 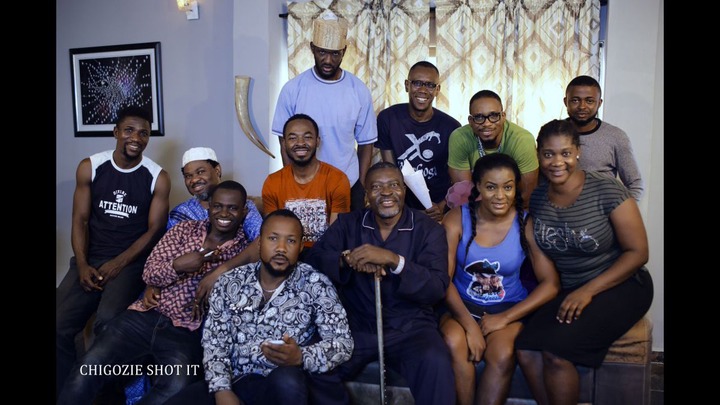 KOK is currently a United Nations ambassador and bears the title of Member of the Order of the Federal Republic (MFR).

Kanayo O. Kanayo has been happily married to his wife, Nneka Onyekwere for 20 years. The couple got married in 1999 and are blessed with four children – 4 sons and a daughter who are all grown up. 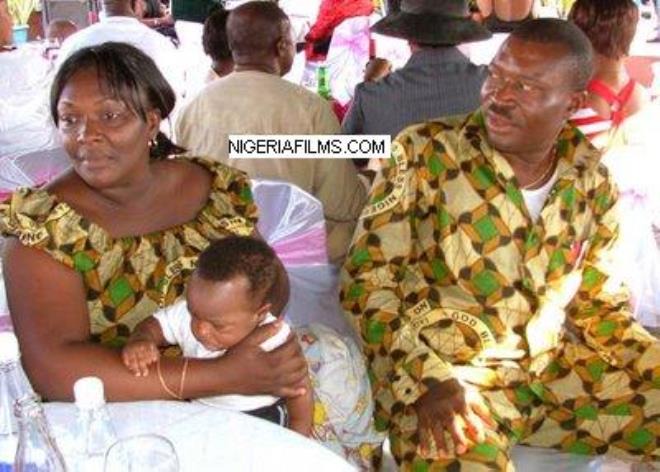 Despite her husband’s fame, KOK’s wife has shied away from the limelight, rarely giving interviews, and very little is known about her.

KOK said in an interview:

”In 1999, when I wedded, I gave a subtle warning to my friends, the gentlemen of the press when I said no interviews. If you see my wife in the market place, don’t interview her. If we come for a show at Eko Hotel, interview us (Laughter).

A lot of my colleagues miss these things. You are the star, not your wife. Keep your wife out of the press. Why is she talking to the press? No, that’s not my own style.

Journalism is about what sells. You are looking for what to sell; so you are gonna ask her a question and out of excitement she will say ah, we make love every night o and so on. That’s it; that’s what you will capitalize on. So, I try to keep my family out of the press and it has worked for me.

I’m the man, I’m the TV personality and all questions should go to me.”

Let’s meet KOK’s children one by one.

Pretty Uloaku is Kanayo O Kanayo’s first child and only daughter. She was born April 8, 2000. She is 19 years old. 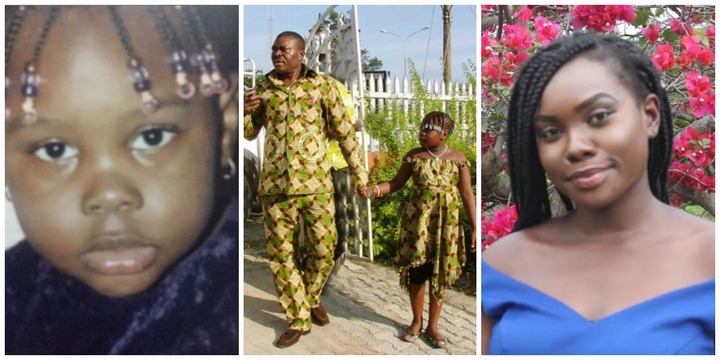 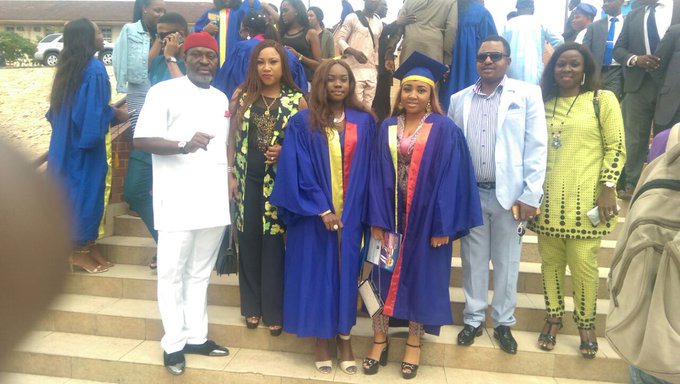 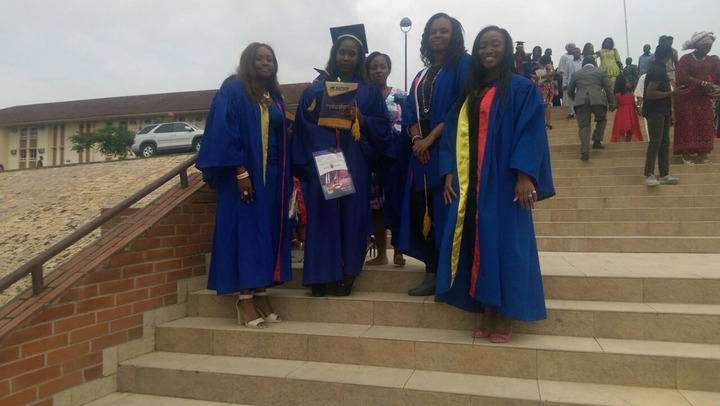 Her proud father celebrated his only daughter’s birthday with these words:

”Her name is Valerie. She is my only daughter. I call her ULOAKU. Happy birthday darling. May the hand of God continually be upon you. Congratulations” 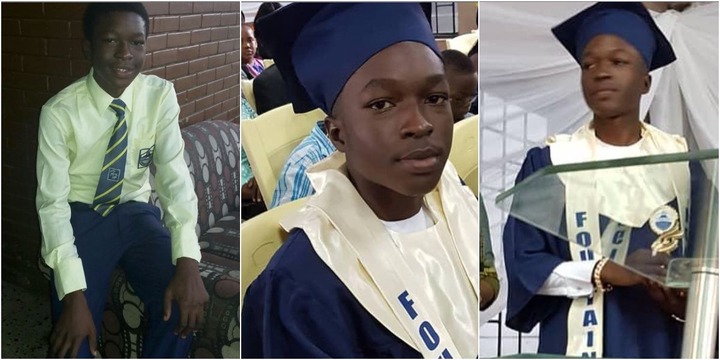 Kosisochukwu Montell, KOK’s third child was born in 2004. He shares the same birthday with his elder sister, Valerie.

Meet KOK’s baby of the house, Albert Einstein Onyekwere, the left-handed man of KOK’s house. According to his dad, Albert is very active. He plays the saxophone. 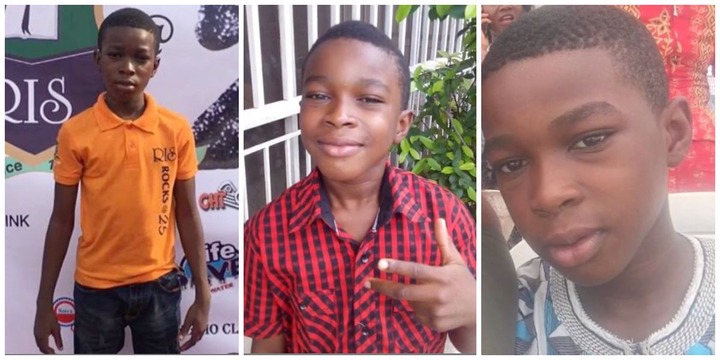 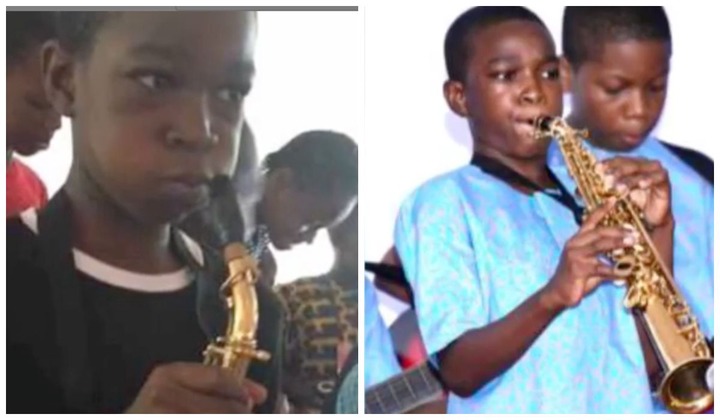 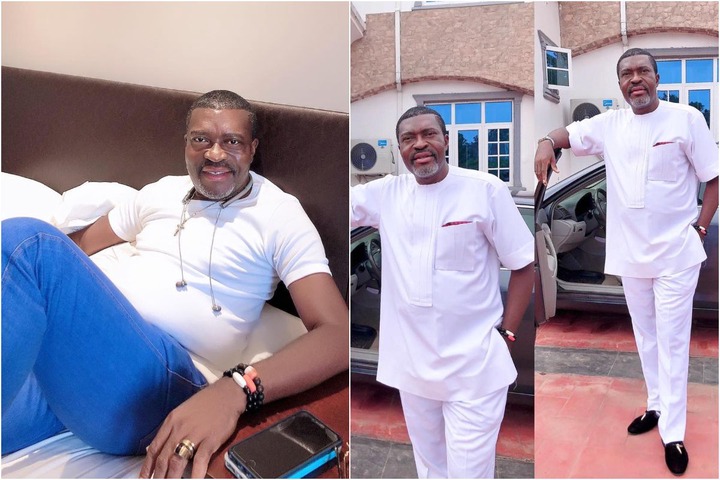 Don’t forget to let me know what you think about Kanayo O Kanayo’s family in the comments.