27 Nigerian Celebrities Who Killed by Cancer and Kidney Failure

Cancer is a disease that kills millions of people worldwide every year. 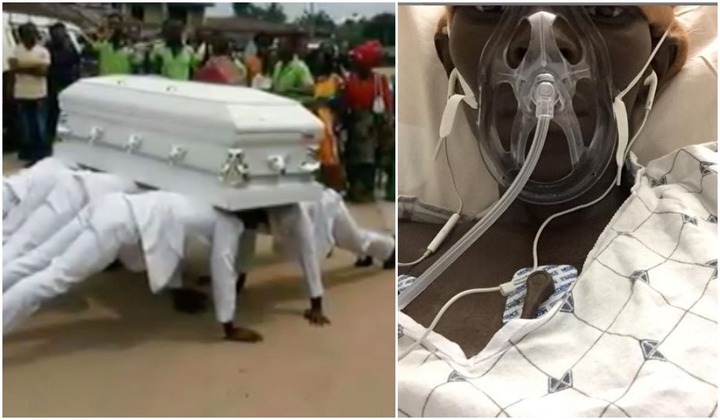 Cancer strikes indiscriminately, and below is a list of famous Nigerians who died of cancer.

Remember to say a prayer for the loved ones these celebrities left behind. May God continue to console them. 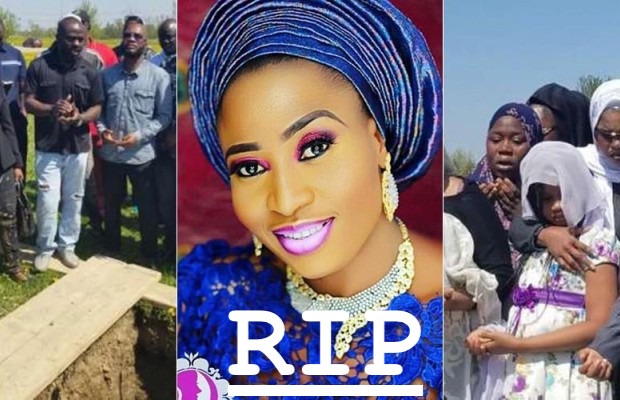 Unfortunately, the heavy treatment badly affected her body, and her heart stopped beating.

The 46-year old beautiful actress died in Toronto on May 15, 2018. She left behind two children.

Photos of Nigerian cancer patient Paul Chukwu Arisa went viral in 2016 when he made a public outcry for help to raise money for his cancer treatment. 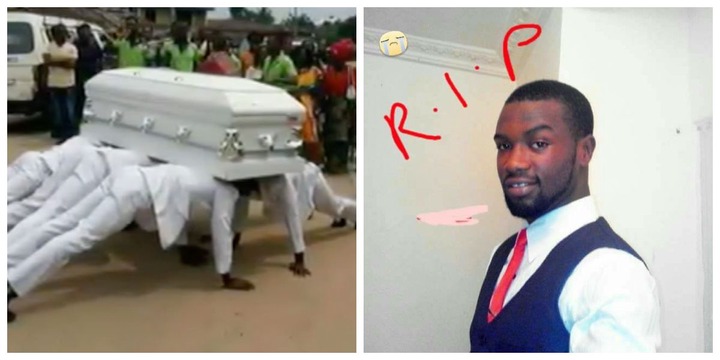 Paul who was an orphan, had been battling Hodgkin’s Lymphoma, a form of cancer, for about 3 years before he resorted to making a public outcry to raise more funds for treatment.

Funds were raised, Paul started treatment and he was responding to treatment.

Paul didn’t let his sickness get to him, as he was always optimistic that he would beat cancer. He even named himself, Wavy Paul Survivor. 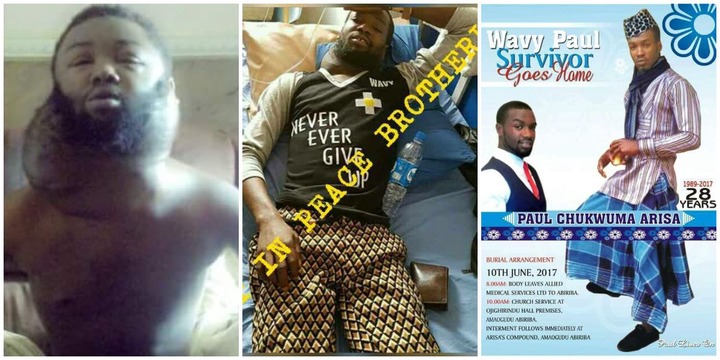 But tragedy struck, Paul was reported dead on Wednesday, May 10, 2017, just when he was due for a second surgery in India.

Anayo Isaac was suffering Ameloblastoma which grew worse and became cancer of the mandible when he reached out to the Nigerian public for help to raise funds for his surgery. 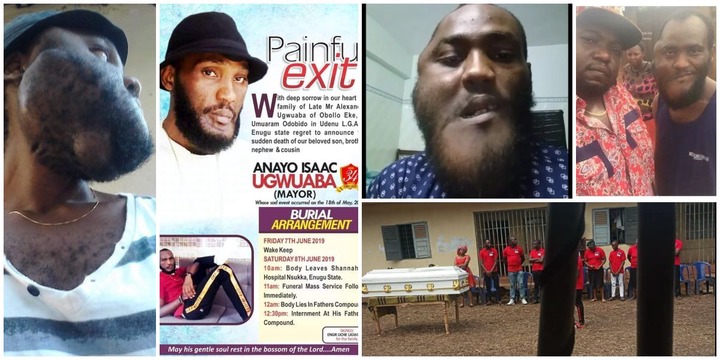 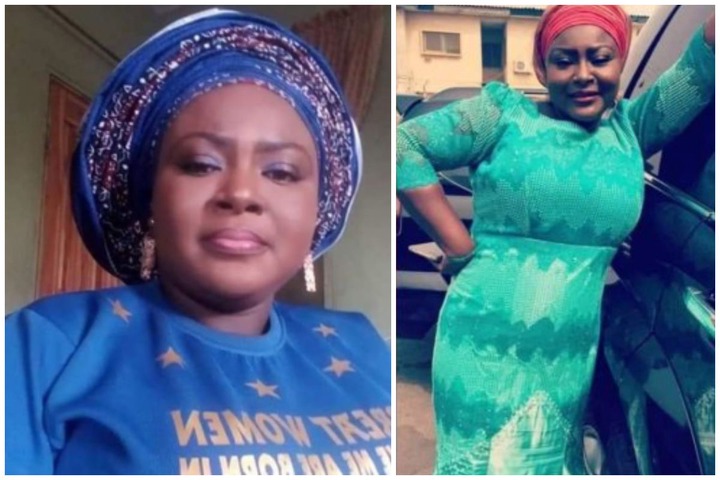 Debbie had discovered a mass in her left breast on 24th of May, 2011. She went for tests and was diagnosed with breast, liver and bone cancer which she spent the last 5 years of her life battling. 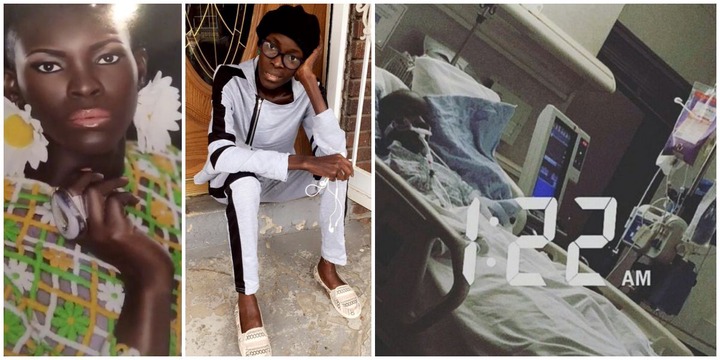 When she died, Debbie was receiving treatment for lung and skull cancer at the Howard University Teaching Hospital, Washington DC, USA.

She was diagnosed with stage 4 Invasive ductal carcinoma (breast cancer) in 2012, which she survived after treatment and mastectomy in 2015. She was also down with bone cancer which she also survived.

Ahmed Mayowa Shukurat died Sunday, August 21 2016 in South Africa after battling ovarian cancer for a while. 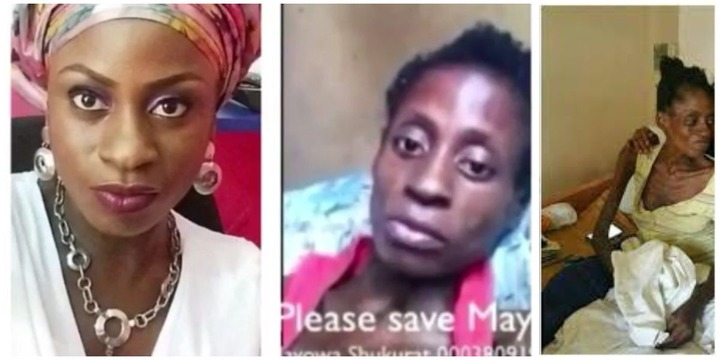 She was was flown to South Africa on the August 11 for treatment unfortunately, she died a few days later.

Mayowa’s plight had gone viral after Nollywood actress pleaded with Nigerians to help raise money for Ahmed’s treatment and over N100 million was raised in no time.

Nigeria’s First Lady between 1985 and 1993, Mrs. Maryam Babangida died on Sunday, December 27, 2009 after battling cancer of the ovaries for years. 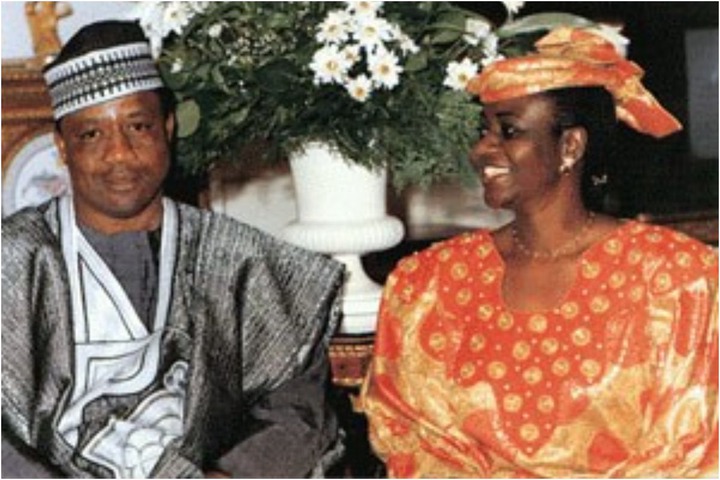 She gave up at the University of California’s Jonsson Comprehensive Cancer Centre in Los Angeles, United States.

Her health was reported to have worsened about seven months ago after she attended the wedding of President Umaru Yar’adua’s daughter Nafisat to the Bauchi State Governor Isa Yuguda.

Maryam died aged 61 from ovarian cancer on 27 December 2009 in a Los Angeles, California hospital. Her husband General Ibrahim Badamasi Babangida, was at her side as she died.

Clara Oshiomhole, first wife of governor Adams Oshiomhole of Edo state died at exactly 10:53pm on Tuesday, December 7, 2010, at the Abuja Clinic, Maitama, after a protracted battle with breast cancer. 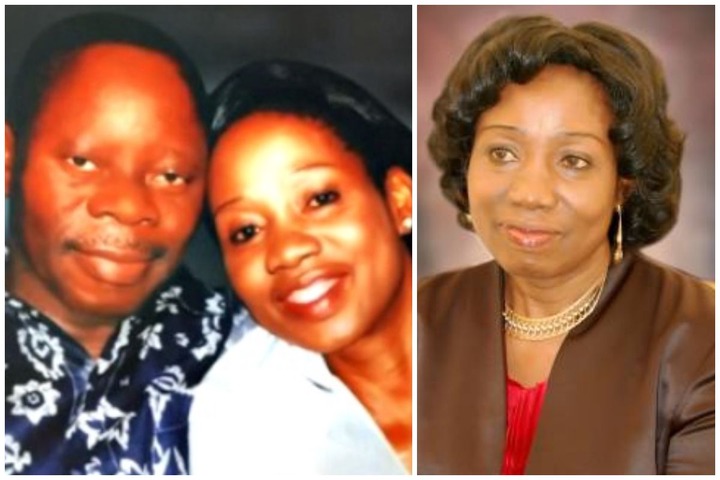 Before her death, she was missing in public functions in the state and that raised concerns. This was because she was known to be very vibrant and committed to women and youth empowerment in Edo state before cancer slowed her down and eventually led to her death.

Music legend Sonny Okosun died aged 61 of colon cancer on May 24, 2008 at Howard University Hospital in Washington DC, the USA. 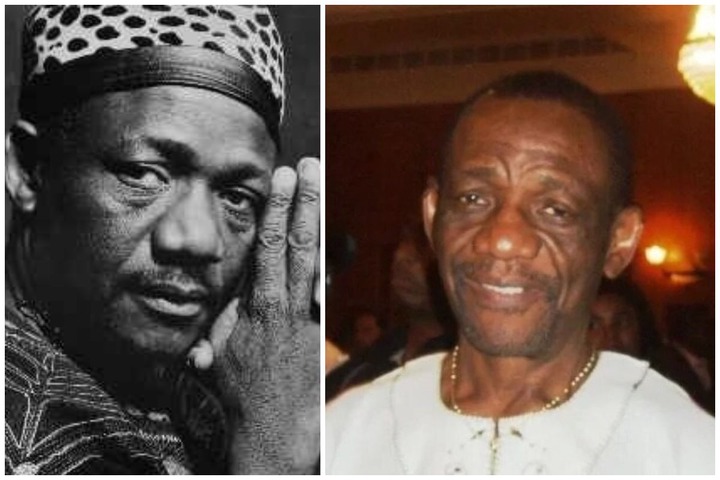 His 1977 song “Fire in Soweto” was a major international hit that brought him to the consciousness of music lovers worldwide, but he later moved to gospel music in the 1980s.

Sonny was one of the leading Nigerian musicians from the late 1970s to mid-1980s. 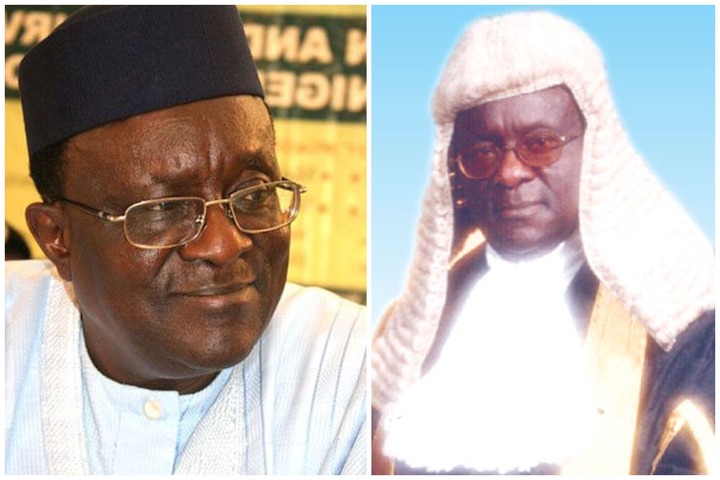 According to Idiat, Gani Fawehinmi’s daughter, her dad cried the day he was diagnosed with cancer.

Gani died September 5, 2009, after a prolonged battle with lung cancer. He was 71 years old.

First class pharmacist, Dora Akunyili died in an Indian hospital on 7 June 2014 after a battle with uterine cancer at the age of 59. 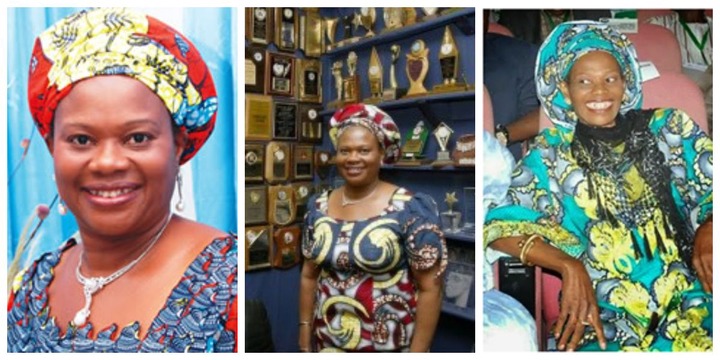 She gained international recognition and won several awards for her work in pharmacology, public health and human rights.

As the director general of the National Agency for Food and Drug Administration and Control (NAFDAC), and later Nigeria’s minister of information and Communications, Dora left a great legacy that has remained the reference point of performance in the country.

Former Deputy Governor of Ekiti State, Olufunmilayo Aduni Olayinka, née Famuagun died in office on April 6, 2013, at the age of 55 of cancer. 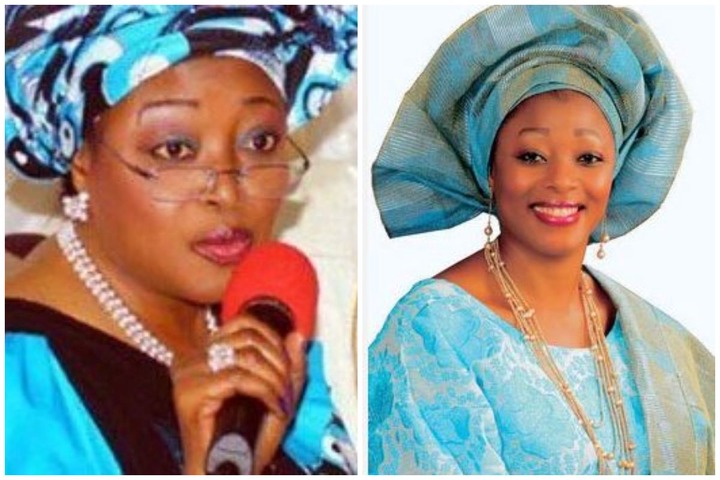 The accomplished banker and politician was laid to rest in Ado-Ekiti.

Olayinka was a devout Christian, she was survived by her aged mother, husband and their three children.

Kuti was a renowned medical doctor known for his work as a human rights activist. 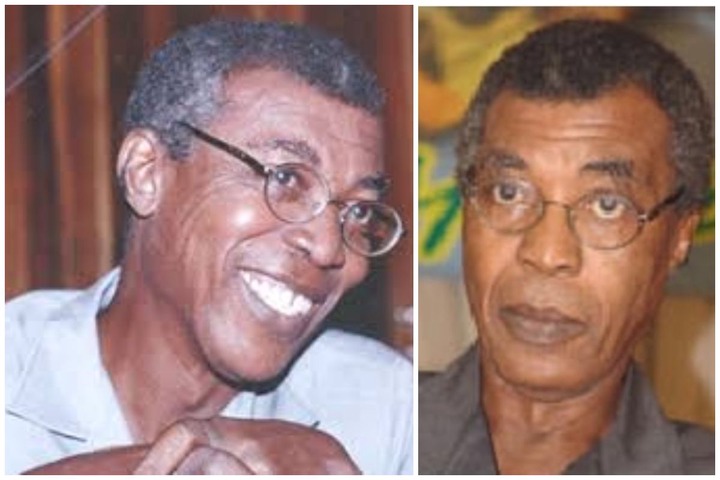 He died on February 10, 2006, aged 65, at the Lagos University Teaching Hospital, Idi-Araba Lagos, from complications of lung cancer.

According to reports, the rapper was said to have been battling hepatitis B which later degenerated into liver cancer.

She died February 2019 from cancer complications 9 months after sharing goodbye message on Instagram.

He had been suffering from an enlarged heart, spinal cord problem and prostate cancer.

*** The story of Nigerian Edu Val left many in shock and filled with a great deal of pain. Val died from stage 4 cancer after begging God for mercy. Edu was in so much pain from treating cancer that he begged God to take his life before he takes it himself on Twitter. He would later die January 2018.

*** Taiwo Bello – Nollywood producerand top director who co-wrote the hit movie, Jenifa, with Funke Akindele and produced and directed the 2010 movie, Omije Mi, died April 13th 2012 after being bedridden for months with cancer. 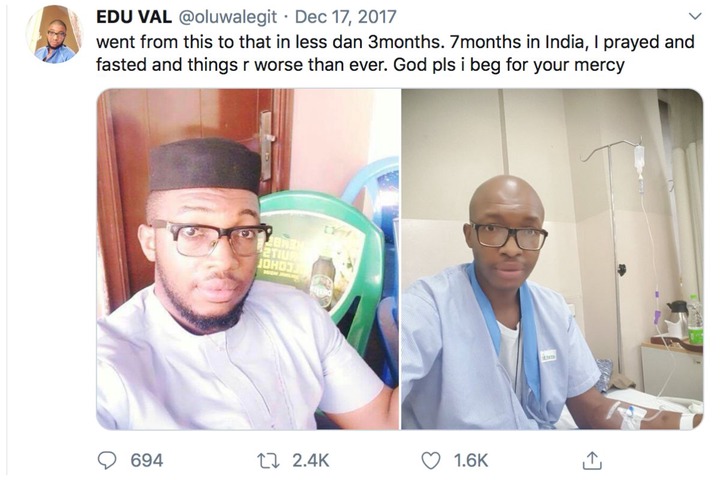